From vibrant cities, colonial architecture and native culture to ancient ruins and breathtaking wilderness, Peru has so much to offer as a vacation destination. People from all over the world travel to Peru to sample its cuisine, experience its rich indigenous culture, explore its ancient sites and unusual topography and marvel at its gorgeous towns and cities. Here are ten reasons why you should book your next vacation to Peru. 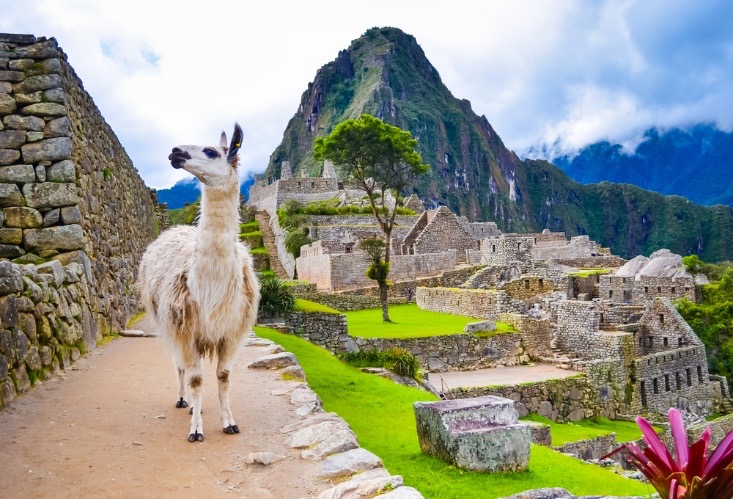 The ancient Incan capital of Cusco was declared an UNESCO World Heritage site in 1983, and it’s not hard to understand why. Long before Europeans arrived in the Peruvian Andes, Cusco had evolved into a full-fledged urban center with complex administrative functions, religious significance, industry, agriculture and artisan districts. Today, Cusco’s well-preserved Incan and 16th-century colonial architecture, as well as its winding, narrow streets, give it a romantic air.

Located outside of Cusco in Pitumarca, Peru, Rainbow Mountain is just one of many colorful peaks in the Ausangate region of the Andes. Other nearby peaks are colored blue, lavender or terra cotta by the region’s unique sediment and atmosphere. None, however, are as brightly hued as Rainbow Mountain, with its streaks of blue, red, turquoise and green.

3) The Sacred Valley of the Incas

Cusco and Machu Picchu both make a great base for forays into the Sacred Valley of the Incas. Here, you can explore the high-altitude market of Pisac and Incan cities like Ollantaytambo. Visit the terraced farmlands of Moray and the ancient Incan saltpans of Salineras.

Machu Picchu is the star attraction of any Peru vacation. Nestled in the Andes at 7,000 feet (2,430 meters) above sea level, this ancient agricultural, religious, ceremonial and astronomical center remains one of the world’s foremost feats of architectural engineering. Book your tickets in advance; daily visitors to the site are limited.

The Peruvian Amazon makes up about 60 percent of the country and represents one of the most biodiverse regions in the world. Iquitos makes a great base for exploring the Amazon; book an Amazon River cruise from this port city. Puerto Maldonado makes a good jumping-off point for tours of the nearby Tambopata National Reserve and Lake Sandoval. 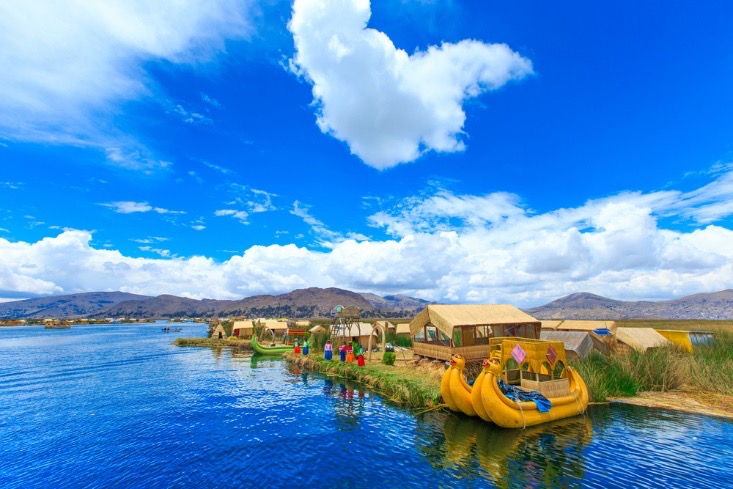 The Nazca Lines are located in the Nazca Desert, near the town of Nazca. The lines, created between the years 200 B.C.E. and 700 C.E., form monkeys, spiders, human figures and lizards. The dry, arid climate and winds of the Nazca Desert, in which they are located, have helped preserve the lines over the centuries. You can book a Cessna tour to fly over the lines or view three of them from an overlook on the Pan-American Highway.

Arequipa is known as the White City because many of its structures are built from a white volcanic stone known as sillar. It’s a good base for exploring the nearby Colca Canyon, and it boasts one of the most beautiful city centers in Peru. Don’t miss the Santa Catalina Convent, which forms a city-within-the-city.

Huanchaco is a Peruvian beach resort steeped in history. Relax here after taking in the nearby city of Trujillo. Huanchaco is known for its laid-back beach vibe and great surfing. Watch the fishermen venture out each day in the same style of caballitos de totora, or reed boats, that they’ve been using since 500 B.C.E. Explore some of the archeological sites surrounding the town, and don’t miss the 19th-century pier, 16th-century church and authentic fish market.

If you’re a foodie, you won’t want to skip a visit to Lima; it’s home to two of the world’s best restaurants and you’ll find plenty of other establishments serving high-quality Peruvian cuisine with ingredients from sea, mountain and jungle. Check out the beautiful Miraflores district and the Barranco arts district, as well as the Lima Cathedral and the Larco Museum.

Lake Titicaca is the highest lake in South America and the highest navigable lake in the world. The lakeside town of Puno offers a departure point for tours of Isla de la Luna and the famous floating reed islands still occupied by the native Uros people.

With all that Peru has to offer, there’s no question where your next vacation destination should be. Visit Peru, and experience Incan ruins, Spanish colonial architecture, ancient traditions and some of the world’s best food.