The research has been carried out by Bolsover Cruise Club, an industry leader that has been named Top UK Independent Agent for P&O Cruise for 31 consecutive years!

Let’s break down what the survey has found.

The most interesting figures that we can see here are that 67% of Brits would consider leaving home for Christmas this year. Of those asked 42% would consider a foreign Christmas and 25% of those would look to leave home for another UK destination, these figures clearly representing a changing of the times.

When we take a look deeper into the survey we can see that is in fact millennials that by and large would prefer to stay at home for Christmas, with older generations seeking to head away elsewhere.

Residents of both Norwich and Liverpool topped the charts in terms of those who want to leave home at Christmas whilst those living in Bristol told the survey that they would much prefer to stay at home.

You can find out more information about these trends here: https://www.bolsovercruiseclub.com/blog/sun-sea-and-snow-the-rise-in-spending-christmas-abroad/

Where Are They Going?

The most popular search terms on Google last year when typing in the keywords ‘Christmas in..’ were primarily European destinations, and here is illustration of where Brits were looking to go. 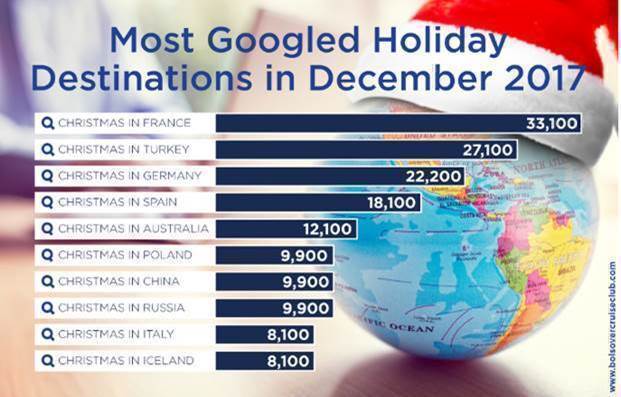 Despite this however the surveyor revealed that Brits are in fact prepared to go much farther afield and the following image shows the most popular countries which Brits have on their radar for Christmas. 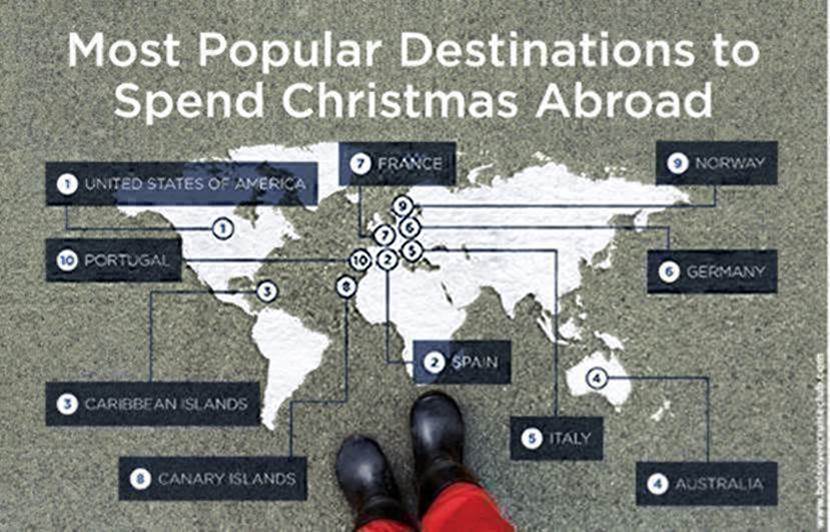 The research also found the top 10 cities where Brits would like to spend their Christmas holidays, which are as follows;

Would any of these destinations tickle your fancy for this Christmas?

Commenting on the results Managing Director of Bolsover Cruise Club had this to say;

“Whilst traditions hold vital importance for many at Christmas time, it is interesting to see the decline of certain activities.

“It was interesting to see that the majority of people would consider spending Christmas away from home, and that almost half of the population would consider heading abroad. Whilst New York topped the list, what also stood out is the range of hotter climates where people are heading, showing people are becoming increasingly eager to escape British winter weather for Christmas!

“Time will tell whether some of the traditions are here to stay, or whether the younger generations will set new ones for the future!”

7 Things to do on Your Spain Holiday