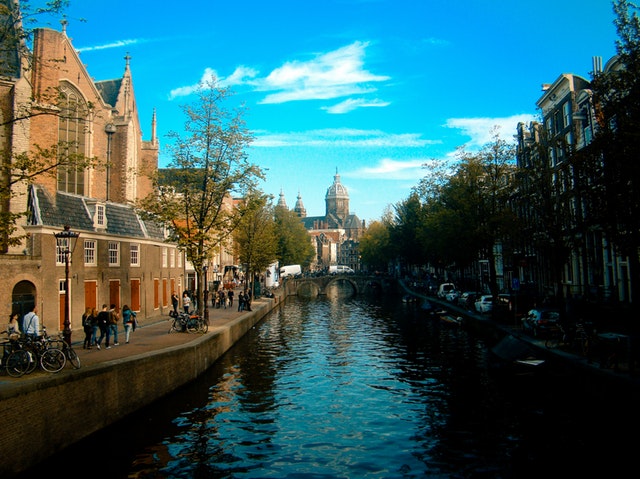 Traveling to Amsterdam for the first time in the near future? It can be easy to get overwhelmed when planning an itinerary for a trip there, as the sheer volume of world-class attractions found within city limits can make it easy for FOMO (fear of missing out) to set in.

Just the same, it is important to keep your schedule tight, as you won’t be able to appreciate the places you visit if you are constantly rushing from one spot to the next.

Accordingly, we have written a guide that lists the very best of Amsterdam’s attractions, as well as mentioning a couple of offbeat places for those who get bored easily of the usual assortment of museums and art galleries.

Don’t feel compelled to see everything on this list: slotting in even a couple of the following suggestions will give you experiences which will make your first trip to this major city in Europe a memorable one.

Throughout history, Holland has produced some of the best artists in Europe. While some are famous enough to have entire museums dedicated to them (like Vincent Van Gogh), we recommend spending an entire morning or afternoon at the Rijksmuseum to get a fuller appreciation of the artistic talent this tiny nation has fostered over the centuries.

The Rijksmuseum has over one million pieces in its collection, yet only 8,000 are on display at any given time.

Within its halls, you’ll find paintings by Rembrandt, Johannes Vermeer, Jacob van Ruisdael, and other masters of the Dutch Golden Age.

This institution also has a small collection of Asian works, but if you want to indulge in 800 years of the best art Holland has gifted the world, this is where you’ll want to go.

Learn about life during WWII at Anne Frank House

These days, Amsterdam is a peaceful, vibrant city, but things haven’t always been so stable. Little more than a half-century ago, this beautiful corner of the world by occupied by Nazi Germany.

Anyone who didn’t fit the mold of the Third Reich lived in constant fear of being taken away by the SS.

Anne Frank House is a monument to the secluded life that this city’s ‘undesirables’ lived under during these frightening times.

A hidden annex located at the rear of a warehouse for a spice company, the 500 square foot abode that Anne Frank and her family called home was an uncomfortable place in which to live, but considering that other hiding spots were far worse than theirs, she considered herself lucky.

That good fortune ran out in August of 1944 when an anonymous tipster ratted them out. Out of everyone detained, only Otto Frank, Anne’s father, survived the camps.

It is one thing to read about this story in Anne’s diary, but to truly understand the horror of WWII, spending time in this claustrophobic hiding spot is a must-do.

Walk the streets of The Jordaan

Escaping the carpet bombing that other European cities suffered during WWII, Amsterdam has many intact neighborhoods that date back many centuries.

The Jordaan is a place that stands out above this city’s many amazing districts, as it is full of traditional Dutch houses, the oldest of which are over 400 years old.

A working-class neighborhood for the bulk of its existence, it has only gentrified in the past generation. A breeding ground for artists and union leaders in past years, it is known today for its stylish boutiques, busy outdoor markets, fine restaurants, and unique art galleries.

As exciting as Amsterdam can be, we all need a break from the hustle and bustle of a big city on occasion. Accordingly, Vondelpark has become one of the favorite attractions of Amsterdam locals.

Named after 17th-century poet Joost van den Vondel, it boasts over 120 acres of deciduous trees, ponds, walking trails that help them get a badly needed dose of nature when they need it.

Want to get a proper appreciation of this special place and others in Amsterdam? We recommend using sharing economy sites like WithLocals.com, as they will put you in touch with people passionate about the city they call home.

Like art, but into more experimental forms of it? If so, you should definitely check out Electric Ladyland.

Touted as the world’s only museum dedicated to fluorescent art, you might wonder what the big deal after walking through their front doors.

Once museum staff turn out the normal lights and turn on the black ones, though, your senses will be inundated with brilliantly-lit pieces of art that are only visible when this lighting arrangement is present.

Located in the heart of the city next to major attractions like the Anne Frank House, this place is easy to visit.

Just be sure to avoid wearing sunscreen before entering Electric Ladyland, as the chemicals that constitute it are capable of damaging the artworks found within.

Indulge in your love of all things cat at KattenKabinet

Aided by the internet, society’s undying love for all things feline has led to a proliferation of attractions centered around cats.

While the cat cafe craze has spread to cities large and small around the world, it’s likely you won’t find anything like the KattenKabinet anywhere but in Amsterdam.

Within its walls, you’ll find paintings, drawings, sculptures, and so forth that are all dedicated to cats. With works by artists like Picasso and Rembrandt, and a squad of five cats prowling the grounds, this is a museum every cat lover needs to see once in their life.

Newquay: A UK Summer Destination That Will Get You Hooked

Dealing With Car Accidents While You Travel