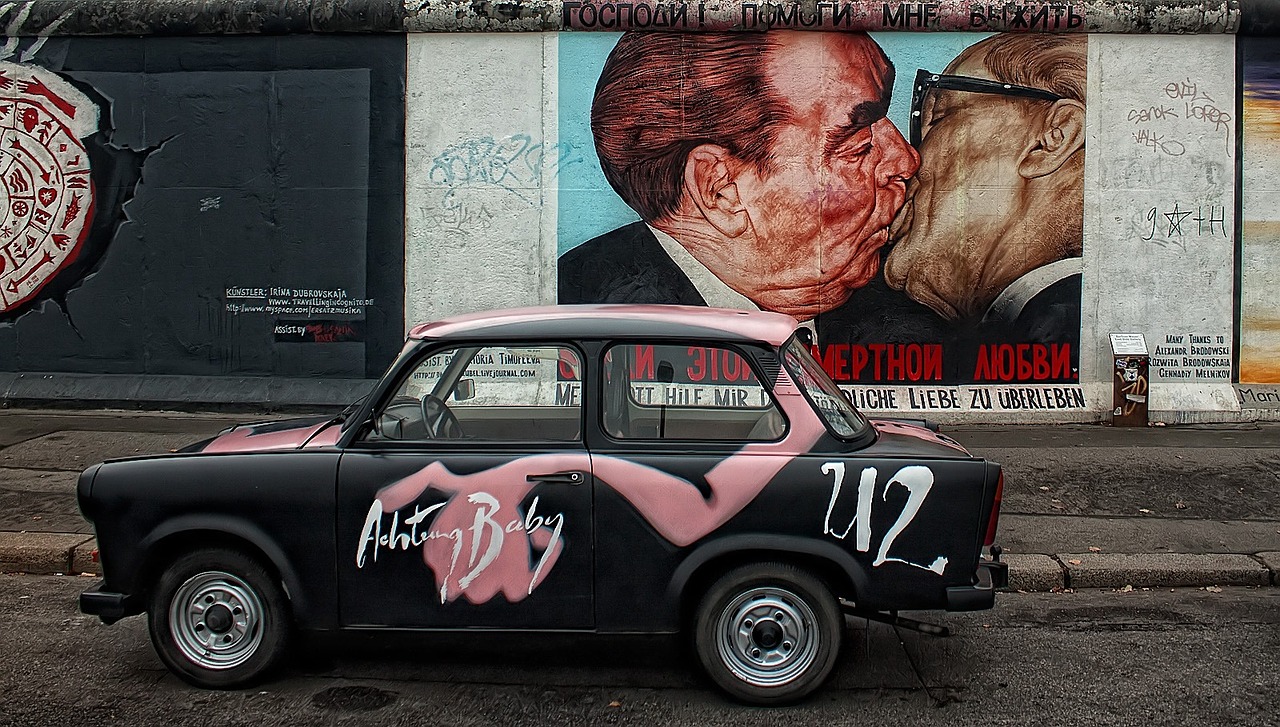 Berlin is an incredible city full of rich history, culture, and experiences to be had. And perhaps one of the best things about traveling to this vibrant city is that there’s no shortage of things to do without spending a dime! Here are 15 free things to do in Berlin, Germany.

Berlin offers a variety of cultural food options, and a great place to sample these is at the local food markets. One of the best markets is at Kollwitzplatz in Prenzlauer Berg, which takes place on Thursdays and Saturdays.

Brandenburg Gate is arguably Berlin’s most famous landmarks. It was built between 1788 and 1791 by Prussian King Frederick William II. Today it is considered a national symbol of peace and unity, after the division Germany experienced during the Cold War.

4. Take in the Berlin Cathedral

The dome of the Berlin Cathedral is a hallmark of the Berlin cityscape. This Cathedral is breathtaking to see, with it’s classic Renaissance style and ornamental mosaics. It has a rich history within the city that dates back to the early 19th century, and functions today as a Protestant community church. You can visit the Cathedral for free, and you should also make sure you stop into the museum and underground Hohenzollern Crypt, which “ contains nearly 100 sarcophagi and burial monuments from four centuries” (Visit Berlin).

5. The art at the East Side Gallery

The Easy Street Gallery is the longest open-air gallery in the world, and occupies a stretch of the Berlin wall. Today it is seen as a symbol of freedom and the overcoming of boundaries.

Home to some of the best museums in the world, including the Atles Museum and the Bode Museum, as well as the Berlin Cathedral), Museum Island is a UNESCO World Heritage Site, and not to be missed.

7. Pay your respects at the Holocaust Memorial

Opened in 2005, the Holocaust Memorial in Berlin (or “Memorial to the Murdered Jews of Europe”) is a site worth visiting. It’s composed of 2711 rectangular blocks of concrete laid out in grid formation, recalling tombstones.

Another relic of the Holocaust is Sachsenhausen, one of the first Nazi-built concentration camps on German soil. Take a walk into the past by visiting this site.

9. Wander the gardens of Charlottenburg Palace

Back in the days when East and West Germany were divided, Checkpoint Charlie was the most famous crossing point. Stop by the landmark to get a taste of history.

11. Take a photo of the Victory Column

Another one of Berlin’s most famous monuments, the Victory Column is a symbol of triumph for the city of Berlin, and a popular tourist attraction.

Although it was damaged during World War II, the Kaiser Wilhelm Memorial Church remains a popular visitation site. It serves as a reminder of the awful tragedies and losses of war.

Tiergarten is a huge park in Berlin full of statues, memorials and a beautiful lake. It’s a great place to rest and refuel after a long day of tourism activities.

Another great park in the city of Berlin is Tempelhofer, which offers many different outdoor activities you can partake in, such as hiking and biking. Lots of people also use Tempelhofer park as a picnic spot as well.

15. Drive around the city

While Berlin is a very walkable city, exploring the city by car is a great way to push the boundaries of your exploration, and see more of the sights off the beaten path. You’ll probably have to rent a car to do this (which won’t be free), but investing some dollars in a reliable rental car (take a look at a review of Mercedes-Benz) will save you other travel money down the road.

How to Determine if You’re Being Ripped Off While Travelling