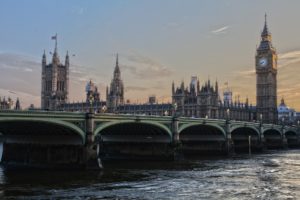 It would be fair to say that the travel sphere has turned on its head over recent times – as it tends to do through generations. If we were to wind back the clock a few decades holidaying at home was completely in fashion for obvious reasons. Then, came the boom of budget airlines, and all was to change.

Well, for whatever reason, we are seeing those domestic holidays return. They are now being referred to as staycations and through today’s post, we will take a look at some of the reasons behind this hike in popularity.

You can be a tourist at home

For a long time, it could have been argued that the UK was neglected when it came to tourism. Let’s not forget that this is a country which has free museums and some of the best attractions in the world from Stonehenge to Big Ben, yet we were all quick to jump on a plane (and presumably run from the weather!).

A staycation really can help you make the most of your local surroundings. You’ll quickly learn that you can book a hotel in Aberdeen, and have just as much fun there as you would have by galivanting around the continent.

This next point is more logistical. Sure, if you tie up your flights you can get a good break over a long weekend – but it can be tricky. Flights don’t tend to depart at the times we want, and those that do create a longer weekend also seem to cost more.

Suffice to say, this problem is alleviated on home soil – the timings are on your terms.

This is where a lot of airlines have been the victim of their own success. Once upon a time you were able to take a small suitcase for no extra charge on a flight, but now many are starting to charge.

It means that it’s no longer “as cheap” to head off into the sunset. Ultimately, this isn’t an issue when you are checking in to a hotel in a city in your own country.

It can sometimes just be about… pets

As strange as it might sound to some readers, some travelers just can’t be without their pets. It might be because they miss them, or it might be for the financial burden of leaving them somewhere else.

Regardless, holidaying at home tackles this issue. More and more hotels are now pet friendly, and this makes the job of the modern-day pet owner so much easier.

It’s easier with kids as well

Finally, let’s not forget that jumping in the car with the kids is a lot better than heading on a flight. Even for a short-haul option, the hassle of checking in, security and ensuring they don’t kick the seat in front is too much for most. This is another occasion where the staycation has come to the rescue, and fueled its rise in popularity.

5 Tips For Cruising with Children

Why Solo Traveling is Therapeutic