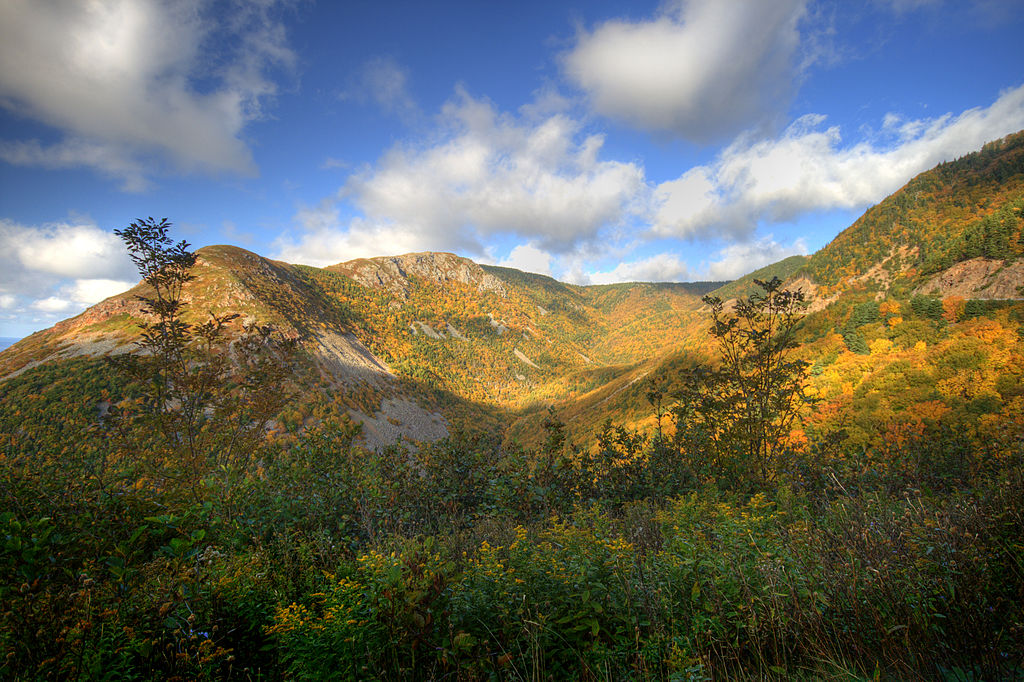 Missed your chance to visit Canada this summer? Fortunately, weather in most parts of the country is pleasant enough to make a trip in September/October totally worthwhile.

In this article, we’ll suggest several destinations that will help you make the most of your autumn trip north of the border.

When the leaves begin to turn color, there is no better place to be in Atlantic Canada than on Cape Breton Island. With a mountainous landscape that is gentle in nature, the reds, oranges, and yellows of this isle’s numerous hardwoods stand out in dramatic fashion.

In fall, the roads of the Cabot and Ceilidh Trail give way to mostly locals, making for a relaxed atmosphere and plenty of vacancies at choice hotels such as the Keltic Lodge.

Don’t forget to stop by a musical performance during the Celtic Colours Festival also, as all the best bagpipe, fiddle, and guitar players on the island will be busy playing gigs that will rouse your inner muse.

However, your sightseeing plans might get scrubbed by a fall storm during your visit. If this happens to you, don’t despair – entertain yourself by playing some entertaining games online. Find out more here.

Ever wanted to attend the greatest beer festival in the world? Going to Oktoberfest in Munich, Germany requires a lot of planning and can get expensive.

On the other hand, you could opt for the one put on in Kitchener, Ontario, as it is second only to the original Oktoberfest in size.

Put on since 1969, Kitchener Oktoberfest spans over nine days from the Friday before Canadian Thanksgiving (first Monday in October) to the following Saturday.

Aside from the drinking events, the parade held on Thanksgiving Monday attracts 150,000 attendees and is televised nationally, and music lovers may wish to take in a performance at Rocktoberfest, which regularly attracts popular rock bands from across Canada.

After you have recovered from the festival, take a day trip up to the Bruce Peninsula, as its combination of exposed Canadian Shield rock, cliffs, the crystal clear waters of Georgian Bay, and fall colors will blow you away.

Want to visit the Canadian Rockies, but not so hot on the idea of battling crowds? Travel there from September onwards, as most campers will have left the mountain parks by then.

Most major attractions are still open during this month, the season’s first snow will have dusted the alpine, and lower elevation trails will still be in great shape for hikers.

The fall color display is limited to yellow and orange, but it will still add a dimension to your trip down the Icefields Parkway, which is one of the world’s most beautiful drives.

If you are a wine enthusiast, there is no better time to book a trip to British Columbia than in the fall. During this time, the autumn harvest is well underway – as such, numerous festivals are held to celebrate the success of the region’s most prominent industry.

Additionally, the roads between Kelowna, Penticton, and Vernon are packed with fruit stands filled to the brim with fresh produce and delicious pies, so be sure to buy some to try back at the hotel.

Dealing With Car Accidents While You Travel