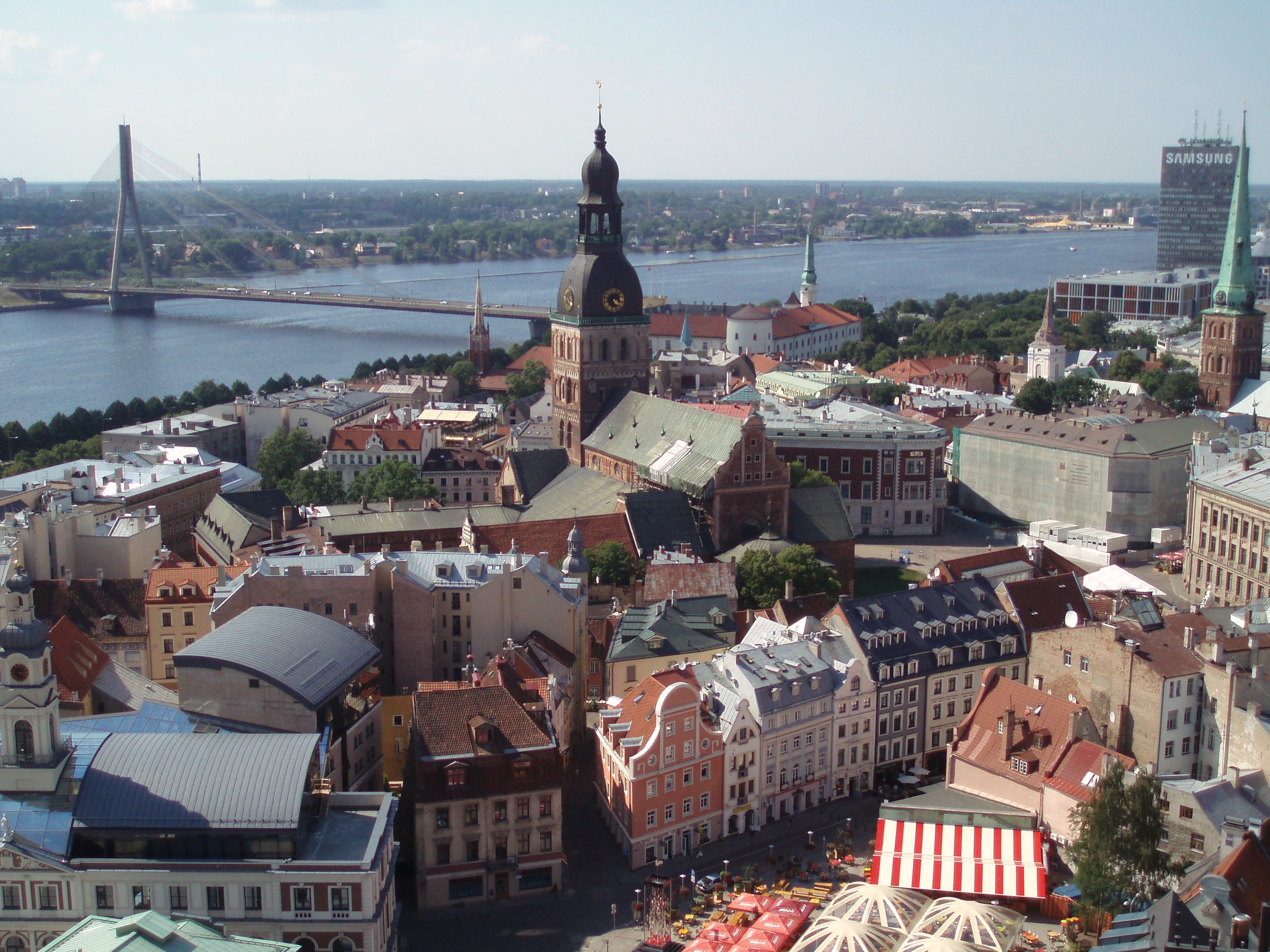 Riga is the capital and largest city in Latvia, and the Balkan states in Eastern Europe. The city lies on the Gulf of Riga, at the mouth of the Daugava. Riga was founded in 1201 and is famous for its Old Town (Vecrīga) and city center (Centrs), in which over 800 buildings are of the Art Nouveau (aka Jugendstil) style of architecture. The old town of Riga is a UNESCO World Heritage Site. Riga was the European Co-Capital of Culture during 2014. Much of the old town was either destroyed by fire or destroyed by the Germans in World War II and remained in ruins until it was rebuilt in the late 1990s, mainly to make Riga attractive as a tourist destination. Riga is also popular due to its nightlife and discount airlines that offer cheap flights to/from much of Europe.

Riga’s exquisite old town is as pretty as any in Eastern Europe, but the city is also home to a young population that keeps the bars and music lit and loud well into the night. It is also one of Europe’s safest cities. Here are some things to see and do in Riga.

Nightlife – Why not have your stag do in Riga?

The Riga nightlife is deservedly considered amongst the best in Eastern Europe. There is a high concentration of pubs, cafes, discothèques and bars in the Old Town with thousands of partyers filling its streets every weekend and most weeknights. Riga has also become famous for stag parties, and the city has committed vast resources to making sure stag revelers have a great time. There are companies that handle everything for a stag party from flights to hotel bookings to all of the party activities.

With more than 750 art nouveau buildings or one third of the buildings in the city, Riga is the capital of wild and imaginative art nouveau architecture. A great thing to do in the city is to endeavor outside Old Town to the Quiet Center district where you will find screaming masks, gods and goddesses, lions, snakes, and even peacocks crowding the sumptuous building frontages. Short Alberta Street is the finest example, with wall-to-wall art nouveau structures – all turrets, towers and frills, with gargoyles peering down from wedding-cake facades. A walking trip to view these buildings will take a few hours and traverse several kilometers. So bring a camera and prepare to take some video of this unique and beautiful architecture.

The Cat House is one of the most famous and certainly the most photographed buildings in Riga. It is a mustard colored and sits in the heart of Old Town adorned with two black cats atop its roof.  The story is that there is a good reason for these two cats being perched atop the building. As legend has it, there was a wealthy merchant who built his home on the same square as Riga’s Great Guild, the premier guild for businessmen in Riga.  The merchant who wanted to advance his business, sought membership into the powerful Guild, but because members of the guild wanted to diminish his business prospects, he was refused.  The merchant then commissioned the cat statues to be placed on his roof and have their behinds face the Guild. They were placed on the roof so everyone could see them. Enraged by the merchant’s actions, the Guild struck a deal with him, he would turn the cat’s rears to face away from the Guild and in return the Guild would allow the merchant into their club. So in the end, everyone was happy and the cats remain still.

Riga is surrounded by water, and there are wonderful canals throughout the city. A great idea is to take a canal cruise to get to see the city’s skyline and view any of its classic neighborhoods. It will take several hours and while you are cruising be sure to try some Alus, Riga’s locally produced beer.

Look Before You Launch: Top Apps for Safer Boating

Best Countries in the World for Foodies