Australia has a climate of extremes, with large variation in between seasons. Because of this, it is very important that prospective travellers to Australia are aware of how Australian seasons work, and what they should expect when they arrive. When is the best time to visit Australia? Thi guide will help you pick the best season for you and your traveling companions.

The Ideal Time to Go to Australia

Generally speaking, the best times to visit Australia are September through November and from March to May. These months skirt Australia’s high and low seasons, providing tourists comfortable temperatures, as well as manageable tourist crowds. Aside from that, since these aren’t the off-peak seasons, expect the airline prices to be quite affordable as well. Likewise, because of Australia’s location– being in the Southern Hemisphere, the warmest weather and peak tourist season usually falls around December to February, which is America’s winter. Wherein, the region’s low season starts from May until August. 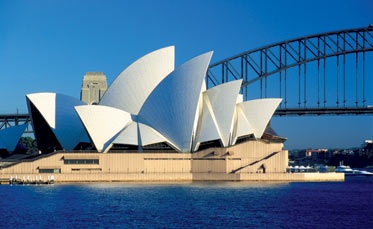 Going to Australia in September to November

Within these months, you’ll have the city ‘slightly’ for yourself because it’s before Australia’s peak season. Although there will be some tourists along with you, it won’t be as crowded as how it usually is during the holidays. Likewise, the weather during this time of year is pretty warm.

Going to Australia in December to February

This is Australia’s peak season where the average temperature usually rises up to 70 degrees. During these months, visitors are flocking to the city to take advantage of the warm weather– because it’s colder in other parts of the world. With the influx of travellers, expect the airfare rates and hotel accommodations to cost more. 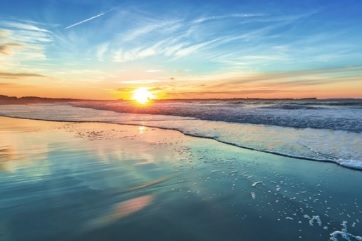 Going to Australia in March to May

March to May are the months perfect for those who want to avoid large crowds, because most of the peak season travellers are probably leaving the country by now. As for the temperature, it’s slowly dropping, because Australia is slowly entering the winter season. There are instances where the temperature would be around 50 degrees, so it’s advisable to bring a light jacket with you.

Going to Australia in June to August

This time of year is Australia’s winter. Although the temperature would be lower, as compared to the US, winters in Australia are milder. Also, considering the fact that it’s the low season, the hotels offer cheaper rates during these months. That means you’ll be able to save from hotel accommodation, enjoy the beauty of the country, and the chilly, but not so cold weather.

During the public and school holidays, flights, tours, and accommodation may be slightly limited, higher, or unavailable. Thus, it’s highly advisable to avoid going to Australia during this time of year.

Overall, the best time to visit this country would be during spring (September to November) or during autumn (March to May)– the weather is pleasant; as it won’t too hot nor too cold either. Likewise, you’ll also be able to avoid the busy summer break and the peak Christmas traffic– where airfare prices are usually ridiculous. Those who are traveling up north to the tropic, and there aren’t any influencing factors that could affect their travel experience, then it’s ideal to go during the spring– just before the wet season.

Although Cautious, Spending on Holidays Expected to Have Risen in 2016

The Best E-Cig for Traveling